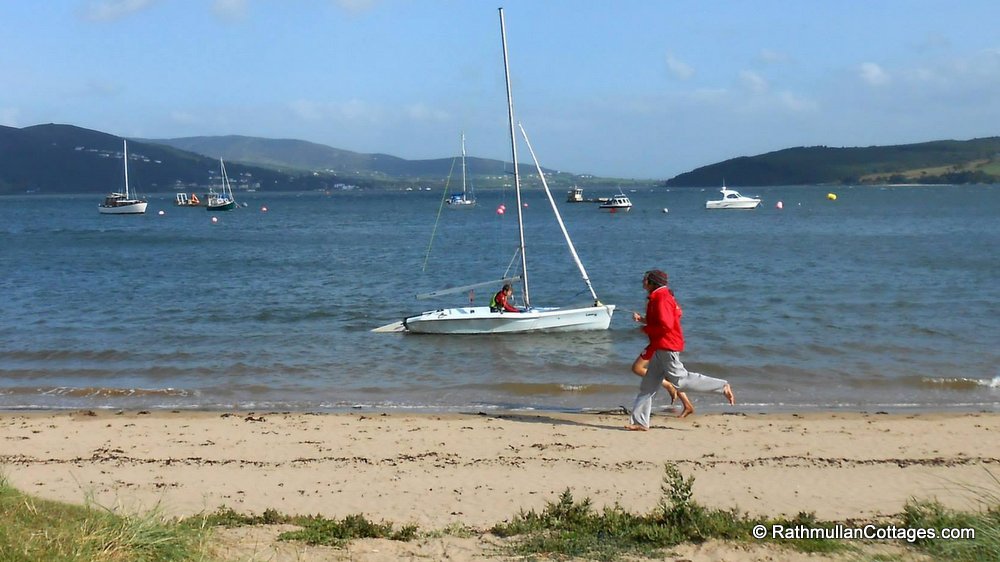 part 2 of this programme is at bottom of page

This article, by Joe Mahon, appears on utv website.

We very nearly didn’t have room to squeeze into Alfie McCollum’s shop, the old courthouse, in Rathmullan. I don’t think I have ever been in a more congested space.

Every inch of it was crammed from floor to ceiling with the most extraordinary collections of memorabilia, antiques, bric-a-brac, crockery, jewellery, glassware, paintings, signs, postcards, toys, skeletons (yes skeletons) and at least one specimen of every single man-made object that ever existed on earth.

Well, that might be a slight exaggeration but that’s the way it seemed to our camera crew who had to find somewhere to stand with their equipment without sending whole cabinets of fragile and irreplaceable objects crashing to the ground.

Thankfully Vinny Cunningham, our cameraman, and Billy Gallagher, a sound man if ever there was one, don’t take up much room.

Vinny is tall and thin and Billy doesn’t eat much, but even so they had to inch sideways into position and then stand very still and try not to breathe for an hour or so.

It was quite a challenge for them, but after many years of filming Lesser Spotted Ulster they’re well used to finding themselves in strange, awkward and often downright scary places. They’ve been up mountains, down caves, crawled through souterrains, waded swollen rivers, sailed the seas in every imaginable type of craft and even climbed to the top of cathedral spires in gale force winds.

They’ve done all this while burdened down with gear that weighs as much as two bags of coal.

Have they ever complained? Frequently, but I just ignore them.

Seriously though, Vinny and Billy are a great double act, one of the main reasons why Lesser Spotted Ulster is such a joy to do.

Their technical skills, I take for granted, it’s the quiet, unfussy and unobtrusive way they go about their business that makes them such an invaluable part of the team. They’re really expert at putting people at their ease, relaxing them, making the whole process as painless as possible.

Often when we finish recording people will say, “Is that it?”

The true skill of a documentary camera crew is their ability to be invisible.

Vinny and Billy are brilliant at it. It’s time they got a mention.

Interview with Mark at Bloom