Blog - Latest News
You are here: Home1 / Blog2 / The Saldanah 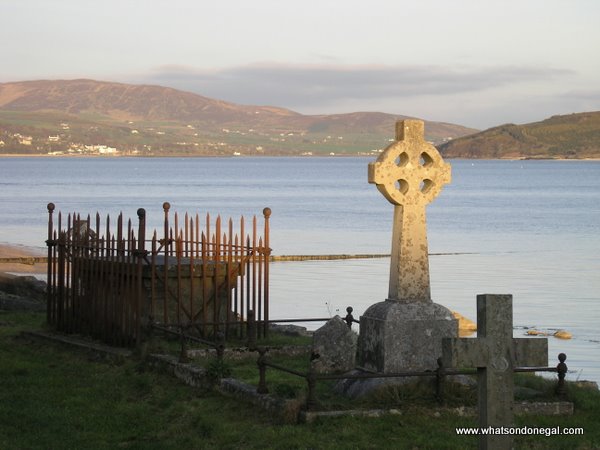 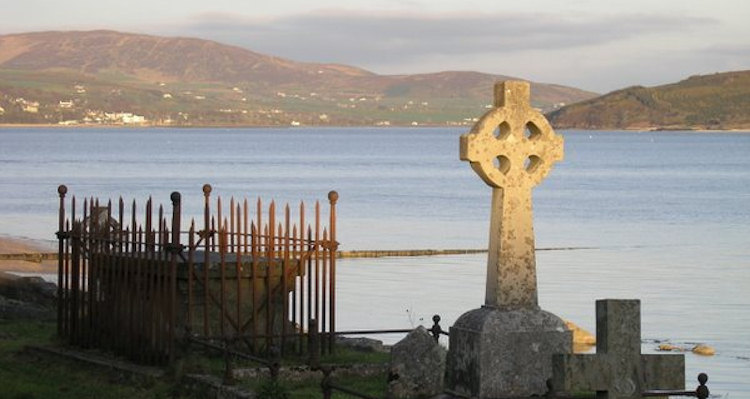 Preparations are underway to mark the 200th anniversary of the sinking of the HMS Saldanha, one of the greatest sea tragedies along these shores, with the loss of more than 250 lives. The navy ship was caught in a violent storm, and it’s thought she was attempting to return her anchorage in Lough Swilly on the Inishowen peninsula when she struck rocks near Fanad Head. She finally ran aground near Ballymastocker Strand. According to the story, the captain and his parrot survived – the captain to die on the shore after being given a drink of poitin, and the parrot shot in a local garden.

It’s only a matter of weeks now to the 200th anniversary of one of the loss at sea of the HMS Saldanha, one of the most famous wrecks of Lough Swilly.

The day was December 4th, 1811. A sea war was going on between Britain and France, and there had already been some violent storms that winter.

The Saldhana was Royal Navy warship weighing 951 tons and armed with 36 canons. It was built by Temple and Sons in South Shields in 1809. The ship was given its name from the battle of Saldanha Bay in South Africa in 1796.

Entrusted with the running of this warship at just 29 years of age was a youthful Captain William Pakenham, the son of a well-known naval commander, the second Baron Longford of Pakenham Hall in Westmeath. Captain Pakenham’s family were at the centre of world events around this time – his brother Edward was to command British forces in North America and died in the Battle of New Orleans in 1814, while his brother-in-law Sir Arthur Wellesley was to become the Duke of Wellington, victor of one of the greatest battles in history, Waterloo, in 1815.

Captain Pakenham had previously been captain of the HMS Greyhound when she wrecked off the coast of Luzon in the Philippines on the 4th of October 1808. In that wrecking only one seaman died and the survivors reached Manila.

The Role of the Saldanha

The role of the Saldanha was to patrol the waters around the south of the Irish coast as part of the continental blockade against Napoleonic France. In an article about the tragedy, the Times newspaper reported on the 14th of December that the Saldanha left Cork to sail Donegal on the 19th of November, her mission being to relieve the HMS Talbot and Endymion which were stationed at Lough Swilly.

The Saldanha left Loughs Swilly in the company of HMS Talbot on the 30th of November to go on a twenty day joint patrol. The Talbot was a smaller class of warship under the command of Captain Swaine. The ships took a westerly course. According to accounts from crew on the Talbot, featured in the 1838 book ‘Chronicles of the Sea’, strong gales had been blowing for three days during this patrol. Although faced with challenging seas, both ships were able to cope with these conditions.

It all suddenly changed on the 4th of December. A midshipman on the Talbot reported that there was “tremendous sea, which threatened to overwhelm us, accompanied by piercing showers of hail, and a gale which blew with incredible fury”. It is thought that upon realising the danger of their predicament, both ships took a southerly route in an attempt to make their way back into Lough Swilly to find shelter.

Last Sighting of the Saldhana

The last sighting of the Saldhana was by crew members of the Talbot in the signal tower. They reported seeing the lights of the ship at 9 o’clock on that Wednesday night. Dramatic accounts document that the Saldanha turned to head across the Lough and was forced by violent seas to strike the rocks at Carrickadonnel. After this she broached and became engulfed in the swirling surf of Ballymastocker Bay.

As she rolled on her side the guns and other heavy equipment broke loose and caused havoc below the deck. The already damaged hull was rapidly broken in two as powerful waves pounded her. Survivors of this savage ordeal then took their chances to swim for land but were soon overcome by the freezing waters crashing on to Ballymastocker strand.

The first indications for the crew of the Talbot that the Saldhana had met a tragic end were given at first light on Thursday morning. A member of the ship’s crew observed by telescope a flurry of chaos and excitement occurring on Ballymastocker strand. They reported that the beach was littered with over two hundred bodies and debris from the ship. Local people had also flooded the beach to inspect the sight. Members of the Lanark militia were eventually observed to come on to the beach to secure the area

Local folklore recounts that Captain Packenham survived the wreck and was given whiskey or poitin on the beach by a local to revive him. This apparently killed him. Packenham was laid to rest in the Rathmullen Priory burial ground, where his gravestone stands.

Another famous tale tells us about a local farmer – or a servant at a local house – finding a strange bird in the garden a few days after the wreck, which he shot. It transpired that the unfortunate bird was a parrot who was reportedly wearing a collar inscribed with the words ‘Captain Pakenham of His Majesty’s Ship Saldanha’. The parrot was the last surviving member of the Saldanha compliment to perish.

One salvageable section of the ship that was recycled by the locals was its huge mast. It was sawn in half and used in the building of an extension to the Old Meeting House in Ramelton which was being undertaken at the time. The mast can still be seen in the building, now a library and well-known for its connection with local man Rev. Francis Makemie, founder of US Presbyterianism.

A prominent structure built in response to the Saldanha disaster was Fanad Head lighthouse. Its light first illuminated the dark waters of Lough Swilly on St Patrick’s Day of 1816.

More recently, the ship’s anchor was brought up in the fishing nets of a local trawler and was placed in a garden. The anchor was then acquired by the West Inishowen History and Heritage group. It was cleaned up and presented to Fort Dunree Military museum in August. It is now on display. The Office of Public Works are due to restore the anchor to its full glory.

It’s thought other mementos of the ill-fated Saldanha are still in Donegal, and an appeal has gone out for information on them for the 200th anniversary commemorations.

Seals Released back to Sea
Scroll to top